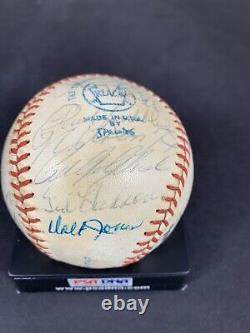 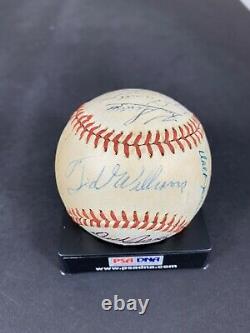 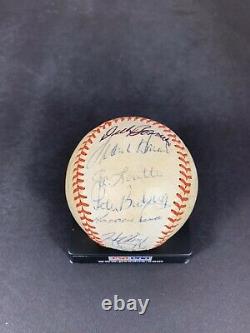 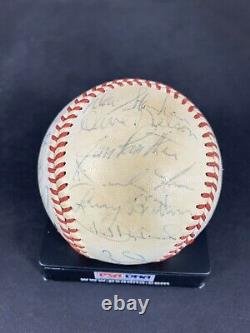 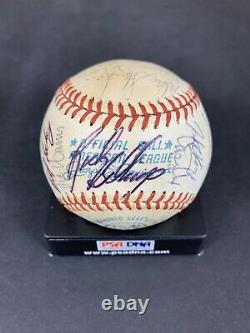 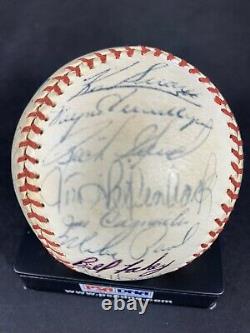 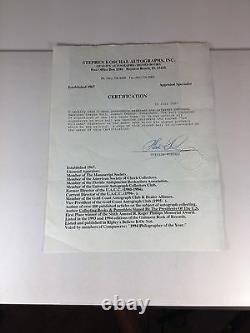 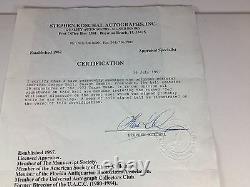 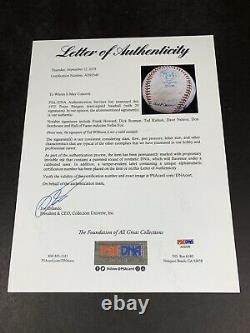 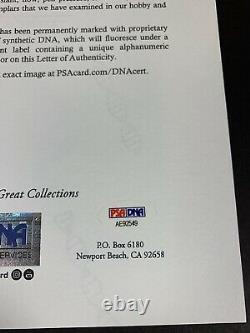 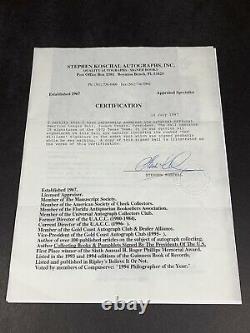 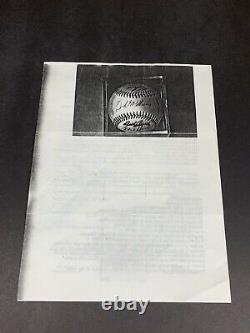 This is the ultimate of all collectables for the Texas Rangers MLB die hard fan or in fact any serious sports fan, collector, or investor. This is an original certified hand signed American League Ball, Joseph Cronin, President baseball signed by 29 of the team players for the Inaugural 1972 Texas Rangers team. Just a little history for those that may not know it. The Washington Senators moved to Texas and became the Texas Rangers in1972.

Here is a list of the 29 autographs, Nellie Fox, Ted Williams, Frank Howard, Larry Biittner, Dick Billings, Dick Bosman, Pete Broberg, Joe Comacho, Casey Fox, Bill Fahey, Bill Gogolewski, Rich Hand, Vic Harris, Sid Hudson, Dalton Jones, Hal King, Ted Kubiak, Paul Lindblad, Joe Lovitto, Dave Nelson, Dick Nen, Jim Panther, Mike Paul, Horacio Pina, Lenny Randle, Jim Shellenback, Don Stanhouse, Ken Suarez, and Wayne Terwilliger. This baseball is historical and probably should be in the Texas Rangers museum. This is super rare item Texas Rangers 1972 signed baseball. Back in the 1970's is was very rare to get a signed team baseball. They just didn't do it back then. This ball has been certified by the great Stephen Koshal. Mr Koshal certified this on July 14, 1997 and the COA will be included with the ball. He is an certified Licensed Appriaser and his company was established in 1967.

He holds numerous positions in the autograph world such as Former Director of the U. He was voted the 1994 Philographer of the Year. He was also listed and published in Ripley's Believe It Or Not. Also the autographs have been authenticated by PSA/DNA.

PSA has certified that all of the autographs are genuine except for the Ted Williams. Keep in mind that this is an opinion from PSA. Stephen Koshal states in his COA certificate was a rushed "Ted Williams" signature probably signed while he was walking. I will hang my hat with Mr. Stephen Koshal that it is authentic.

This is a true one of a kind collectable and you will probably never see another 1972 team signed ball ever again. Once it's gone it's gone. The item "Texas Rangers 1972 Team Signed Baseball Nellie Fox, Ted Williams, 29 sigs, PSA" is in sale since Saturday, July 16, 2016. This item is in the category "Entertainment Memorabilia\Autographs-Original\Television". The seller is "abel468" and is located in Grand Prairie, Texas.