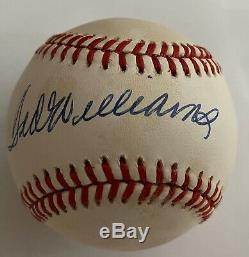 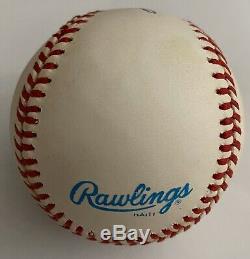 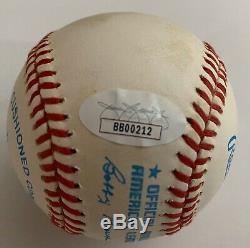 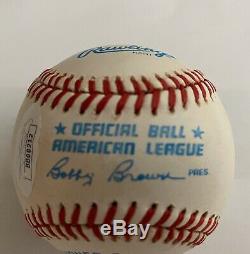 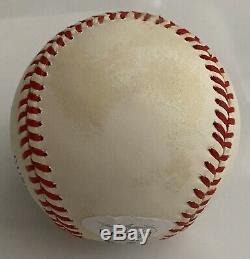 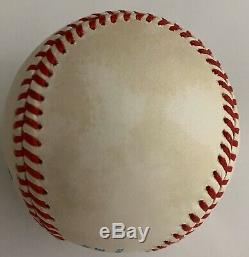 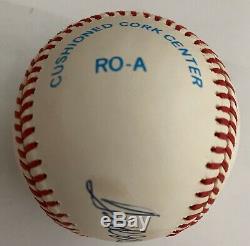 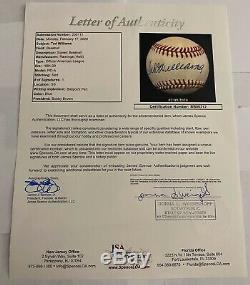 Offered is a beautiful signed Ted Williams American League Bobby Brown Baseball that has been authenticated by JSA James Spence with its Full Letter of Authenticity. The Splendid Splinter signed this ball over 20 years Ari and the signature looks just like it did when it was signed. The ball exhibits a few areas of yellowing due to aging which does not impair the gorgeous signature. Theodore Samuel Williams (August 30, 1918 July 5, 2002) was an American professional baseball player and manager.

He played his entire 19-year Major League Baseball (MLB) career as a left fielder for the Boston Red Sox from 1939 to 1960; his career was interrupted by military service during World War II and the Korean War. Nicknamed The Kid, The Splendid Splinter, Teddy Ballgame, and The Thumper, Williams is regarded as one of the greatest hitters in baseball history.

Williams was a nineteen-time All-Star, [1] a two-time recipient of the American League (AL) Most Valuable Player Award, a six-time AL batting champion, and a two-time Triple Crown winner. He finished his playing career with a. 344 batting average, 521 home runs, and a. 482 on-base percentage, the highest of all time.