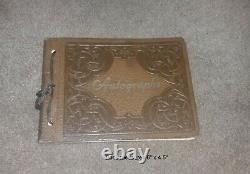 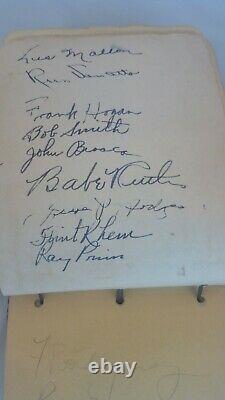 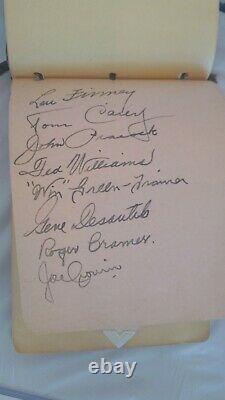 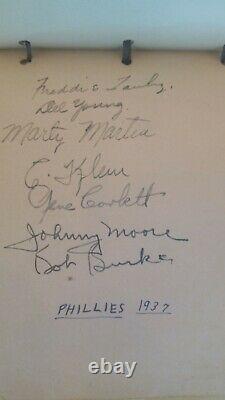 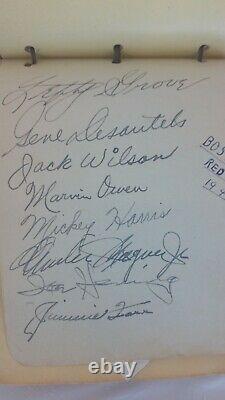 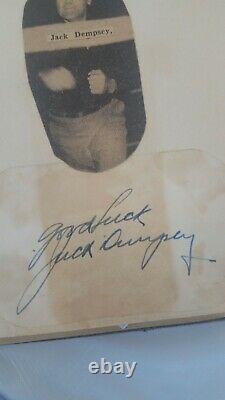 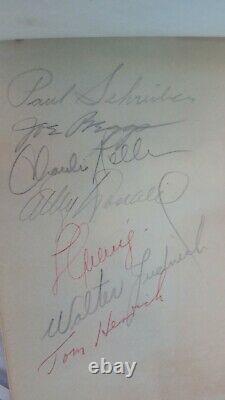 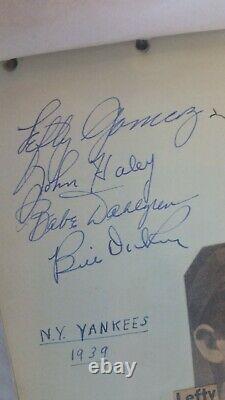 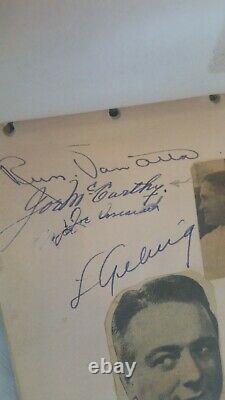 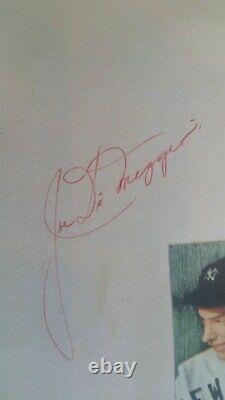 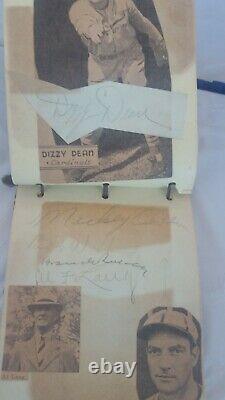 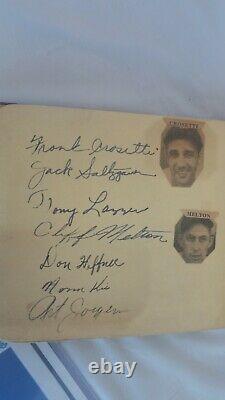 Extraordinary autograph album, compiled mainly during the 1930s, featuring 131 signatures, including 20 different baseball Hall of Famers. The vast majority of the signatures in the book (122) are those of baseball players, with a few players represented more than once. The highlights include Babe Ruth , Lou Gehrig (twice), an early Ted Williams signature from 1940, heavyweight boxing champion Jack Dempsey (twice), Hall of Fame football quarterback Sammy Baugh , and a cut signature of astronaut John Glenn Jr. I acquired this book directly from the daughter of the original owner.

Based upon a news clipping on the first page, it appears that all the signatures in the book were acquired in Florida during spring training over a period of approximately 10 years, beginning in the early 1930s through the early 1940s. The overwhelming majority of signatures are scripted directly on the pages, but a small number of cuts are also included. In addition to the signatures, the book also features seven small snapshot photos (2 x 2.25 inches) of the following New York Yankees players, all of whom are pictured in uniform: Joe DiMaggio , Joe McCarthy , Lefty Gomez , Bump Hadley , Charlie Keller , Red Rolfe , and Babe Dahlgren. All the photos, which are mounted by means of photo corners, are in Excellent to Mint condition.

The signatures in the book, scripted both in various shades of fountain pen and pencil, range from "6" to "10, " averaging 8. The number of signatures for each player (if more than one) is listed in parentheses. The signatures featured in the book are as follows. Baseball Hall of Famers (22 total; 20 different). Earle Combs, Joe Cronin, Dizzy Dean (2), Bill Dickey, Joe DiMaggio, Bobby Doerr, Jimmie Foxx (secretarial example), Frankie Frisch, Lou Gehrig 2; each signed L.

The seller is "rksportspromotions" and is located in Franklin Park, New Jersey. This item can't be shipped, the buyer must pick up the item.